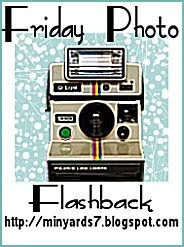 That is me on the right (with the perm), my sister, and her ex-boyfriend, Jay, at my mom's wedding to her second husband. I can still remember the drive to Lake Tahoe where she got married. My sister and mom were already there, but I had to work that night, so Jay and I drove up together. It was so funny because we had to make so many stops on the way there, we didn't get to Tahoe till around 2am!

Anyway, he and my sister dated for ten years, from the time they were 15 to 25 years old! Everyone thought they were going to get married! He was like the perfect big brother and nicest guy, so you can imagine how devastated I was when they broke up. It was like witnessing a divorce. It was hard to imagine him not being in our lives.

He and I didn't really keep in touch after that. I think it was too hard. Too many memories, of course. I still thought of him now and then because he was there for most of my adolescence. Well, a couple of years ago, we reconnected, and he told me that he was now a born again Christian!! I can't even begin to tell how how thrilled I was to hear that! You know how you know somebody who is not a Christian, but is really nice, and you think to yourself that if they were saved, that how much nicer they would be? LOL..well, he was that person!

Some time last year, our worship team needed help with drum set up, so of course, my husband thought of Jay. Jay has been playing drums since even before I knew him, so you can imagine how good he is (he uses that gift to play on the worship team at his church). Well, he's jammed with our worship team a few times, and so I have seen him off and on for the last couple of years at different events.

The whole point of this long post is that even though he ended up not being my brother in-law, he is my brother in the Lord, and that is much, much better!!!! 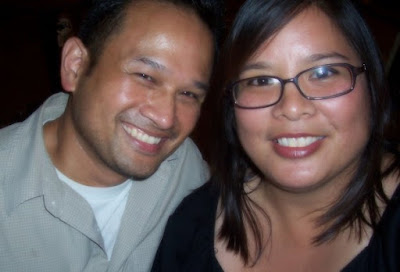 Amen Sis, though he did not really become your bro-in law , what's better is he is now your bro in Christ. That was some story sis and I enjoyed it..

I love those pictures. How neat that he is serving the lord too.

It's so cool that you were able to get back in touch and that he is now saved! :)

Awww, I love this post! And how awesome that he's a believer now?! LOL!

I thought it was you in the middle on the 1989 pic :) I actually like your hair. And that's a nice ending to the story of the brother-in-law that never was. It's one of the things I like being a christian - if we didn't end up in one biological family, we are still one in God's family.

Very cool! The coolest part of the story is that he got saved. By the way, he is my brother in Christ, too; that means you have to share :).

You look very pretty either way (perm or straight hair).

Awwww, what a happy ending. Praise God he found Jesus!

Oh girl, I have some pics with the 80's perms. It looked really cute on you! On me, not so much. ha.

That's a neat story! I love the perm!!

Hey, I think I qualify today! I am going to link up:-)

What a really nice story! You are so photogenic! The perm brings back such memories - I used to get them all the time back then :-)

What a sweet post. You have such great old photos!

That is much better :) Love your flashbacks.

I love that story Alicia! How wonderful!!

The b-dresses....what were we thinking back then ;) You would laugh if you saw some of the ones I wore. Oy!

That is such a wonderful story! It's so neat that the Lord allowed you to become reconnected now that he's a Christian!! LOVE the perm!!! haha :P

You were so cute with all that curly hair!

Your flashbacks are awesome!!

hey, the perm looks good on you! Not every one can pull out a perm :)

Praise the Lord about Jay!

that was such a great post and great pictures!!

What a great post. I feel the same way about my sister's first finace...a great guy. And great photos too...my scanner is down so I had to go with a photo I already had in the computer...blessings have a great weekend!

Email me that special secret that you use not to AGE! I swear.. you have to be doing something.. You dont age one bit. :)

How wonderful and exciting to learn the Lord brought both of you to himself, in His perfect timing. And how great that your able to reconnect with him from time to time, in worship! What a great story!

I like your spiral perm, very pretty! I used to have one of those too. How nice that you guys still keep in touch!

praise the lord. how awesome is that!!

are you praising the lord for another reason too? ;0) if so congrats. if not. congrats. lol. i don't know...

That is so sweet that you were able to reconnect. And he is still your brother even w/o marriage!

I just love your stories :) and what I love even more is that shiny dress : ) HOT as can be. I had one too. Peach. I thought it was the most gorgeous dress on the planet : ). I was a loser : )

Carey-Life in the Carpool Lane said...

So cool to have then and now photos and to reconnect to someone special!

That is the coolest story!

That's an awesome story! I'm glad you all reconnected...how cool!

great post for today.. nice to meet with him all these years with a great news! :)

thanks for adding my entry to linky :D was busy yesterday..

Jane In The Jungle said...

Aww, what a sweet friendship! Great post and You look so pretty on both pictures!