Our church just had their VBS program last week, and although it's only three hours long, I came home so pooped out! The funny thing is, is that my only job was to take pictures! I think it was the waking up at 6:45 every morning that did it! We had to be there an hour before VBS started because my oldest daughter was in the play all week and had rehearsal in the mornings. However, every day, we were later and later! We are totally NOT morning people! Anyway, the highlight for me was putting together a slideshow at the end of the week! I've never used the IMovie application on my MAC, but I was able to figure it out. It was pretty simple! I also put the song "Big House" by Audio Adrenaline in the background.

The best part was that over 40 kids got saved last week! Is that AWESOME or what????

Here are a few of my favorite pictures from this week. I'm too burnt out to edit them, but I think you may enjoy them either way!

Lining up outside before they go to class! That's Eli on the far left. 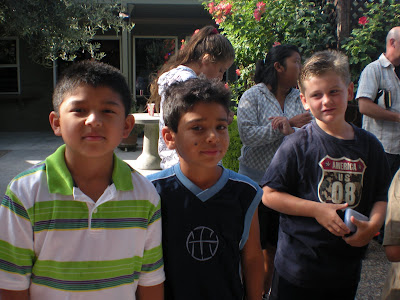 8am rehearsals! That's Miranda with the black top! 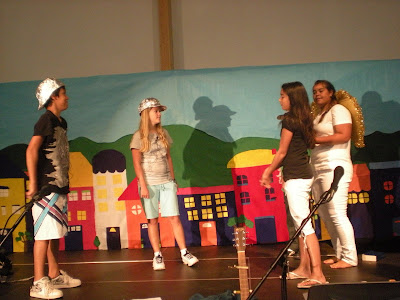 Miranda (on the far left) with her friends Britany & Michele. 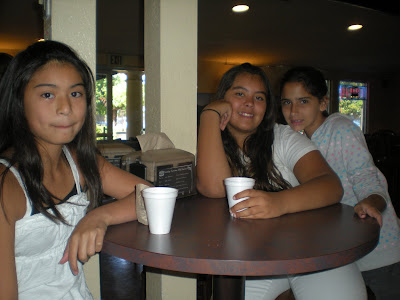 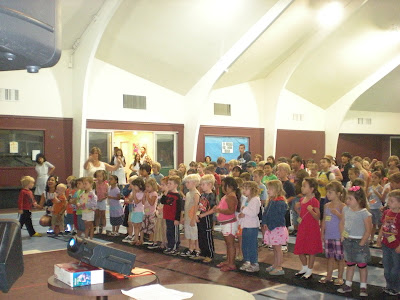 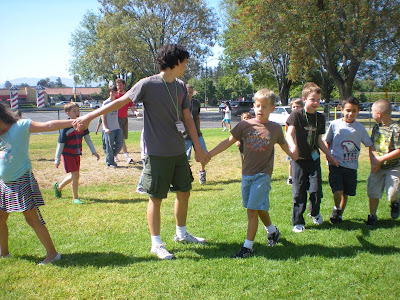 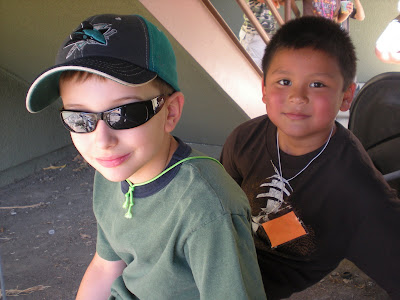 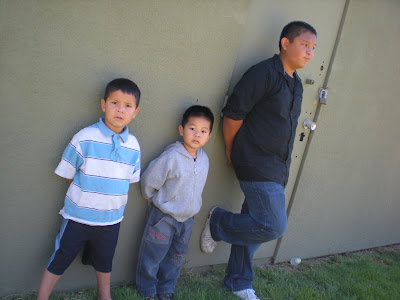 Veronica (far left) and part of her class! 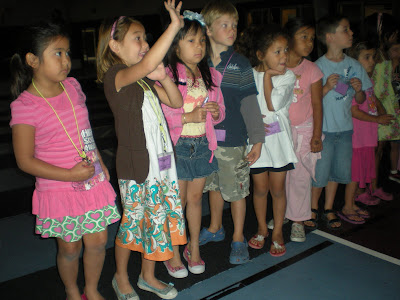 Eli finishing up his "shield of faith" project! 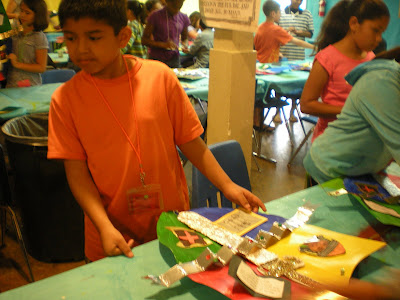 The teens and tweens! LOL! My kids and their friends before we left! 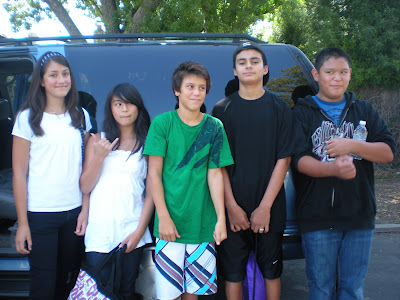 There is a church by our house who is going to have VBS next week! We've gone there too for the last two years and I like it there also! My kids are not sure they want to go since they are TIRED of waking up early, and my two older kids are going Jr. High camp today and won't be back till next Saturday!!! Yay!!!!

Oh how I missed those days. We were teaching in VBS before, even during the days when I was in High School until I got married and have a child, we loved those years...

our VBS theme this year is ; GODS BIG BACKYARD

Looks like a lot of fun and PRAISE GOD FOR THE SOULS SAVED!!!!

Looks like alot of fun sweetie. So happy for the souls saved.

VBS does tire you out..lol!!

My kids went to a few different VBS this year and they loved it.But none of ours were in the morning.

You got some great pictures!

That's the best! I wasn't able to work at ours this year but i can totally relate to 3 hour of entertaining that many kids can make you so tired! The kids take so much out of it! I love it!

That's the best! I wasn't able to work at ours this year but i can totally relate to 3 hour of entertaining that many kids can make you so tired! The kids take so much out of it! I love it!

Oh What fun! My boys participated in our church's VBS last week too and I will be posting about it Sunday! But ours was at night, so no early mornings for us! Looks like everyone was having a blast!

What a fun week for you all. I agree with not being a morning person, so I wish our church had Bible school in the evening instead of the mornings too.

wow over 100 kids is an amazing number!

Yes, Hope is a dear and doesn't even know it...makes her all the more special, yes?

And coconut creamer??? I absolutely can not imagine how delicious that is. Where do you get something like that? I have never heard of it and I thought I'd tried just about every coffee thing at least once!

every picture here reminds me of being a child once in a while..glad that you won't missed every single moment on that occasion to take a shot... happy weekend...

Great pictures, looks like they had a lot of fun!

Yay! I'm so glad that it went well. It looks like it was fun!! We are not morning people either...as I sit here exhausted!!

Have a great week!

I like the inside shot of your church. I love "visiting" other churches. Hoooray for VBS! This was my eldest's first year attending at a church we do not attend and the staff had no idea we are believers...but they also had no idea how impactful the week was for my son!

Your kids looked like they had a great time and 100 kids is amazing. U said u lived in Cali...that's like 300 in any other part of the country...for reals!

I love VBS. We're doing ours in one more week and I'm in charge of crafts instead of the middle schooler class. SIGH!! Our theme is Boomerang Express it All Comes Back to Jesus....1 John 4:9

Wow! 40 kids is getting saved is amazing! I love all the pictures! It looks like everyone had a great time...and bet you are looking forward to relaxing a little this week while your kiddos are gone and at VBS!

What a great turn out, look at all those kids. We have two to do this summer, ours are later in the year.

Emily is also doing something by mail where she reads a story and then answers questions that are related to salvation, she loves it and I am so tickled. We send it back and she gets a 100% and does a new series...its really cool.