When soccer season ends, our Saturday's won't be so B-U-S-Y! I'm not complaining, I actually love it! This morning hubby & Isaiah had to be at Isaiah's soccer game no later then 8:30 to set up the nets. Since it was a home game, and theirs being the first of the day, they have that obligation to do that. I had to drop off Miranda and Daniel to him at 10 because my sis-in-law was picking up Daniel from that field to go to their game (she coaches his team), and Miranda would stay with hubby since her game was only an an hour after Isaiah's. After I did that, me, Eli, & Veronica were on our way to Eli's game that was way across town!!! His coaches like their players there an hour before game time (the norm is about 1/2 an hour), so I had to get him there by 10:30. We left his field by 12:45, and stopped at Burger King so he & Veronica could use the bathroom (there was no way I was letting them use the port-a-potty). Of course, they just had to get something while we were there! So, done there, and we're off to Veronica's game which starts at 2, but she has to be there by 1:30. And that's where we all meet up at the end of the day (well this day at least)! My sis-in-law also coaches Veronica's team, so it all works out!!! She has Danny, hubby has Isaiah & Miranda, and I have Eli & Veronica!

Veronica enjoying a bagel while Eli is practicing with his team. Gotta love the snack shacks! 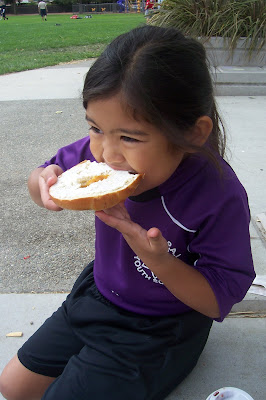 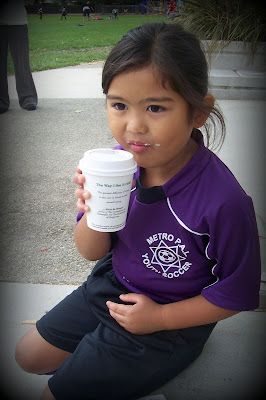 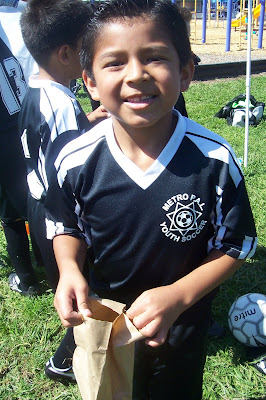 We're now all at Veronica's game. Daniel has to climb on anything and everything! Future tree hugger? Not! 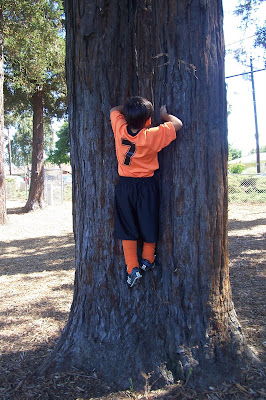 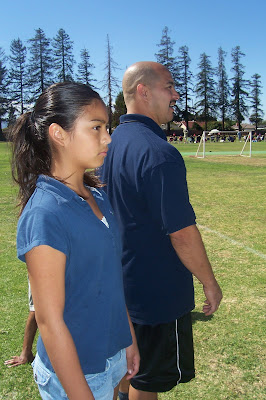 Miranda not feelin' the love from Isaiah..lol. She said her stomach was hurting because she was STARVING! 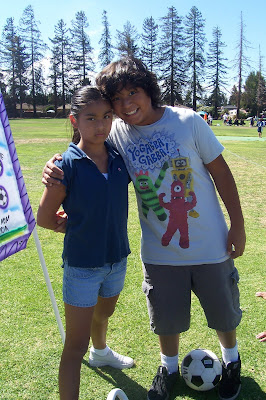 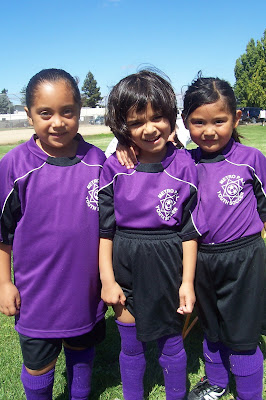 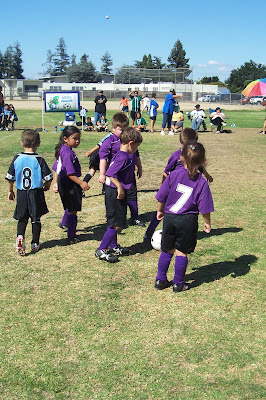